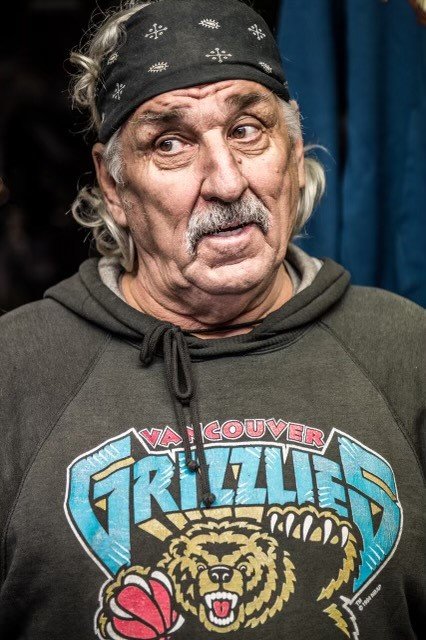 Robert Alexander Burrows, 73, better known as Biker Bob or Carwash Bob or LUB or Papa, died July 9, 2021 doing what he loved (riding a bike), leaving behind a hell of a lot of stuff his kids have no idea what to do with. So, if you’re looking for old fishing lures, a shotgun-shaped toilet plunger, cordless drills with no batteries, a painting of a naked female with no head, or a Dodge minivan that doubles as a tent, you should wait the appropriate amount of time and get in touch. Tomorrow is fine.

But this is not an ad for a flea market, this is an obituary for a great man, loyal brother, proud father and adoring papa who was born April 29, 1948 in Hanna, Alberta, the son of George and Janet (Simpson) Burrows.

Bob’s gregarious nature, curiosity and general resourcefulness helped him succeed in everything he did. He often brushed off his success, saying, “I’m just a jack of all trades and master of none.” He loved riding a Harley, fishing, teasing his youngest granddaughter and researching the biggest conspiracy theories on the internet. Bob will be remembered for his contagious smile, gentle heart, wildly inappropriate sense of humor and love of Ice Road Truckers and MASH re-runs.

Memorial services (open to everyone who didn’t beat him to the Pearly Gates) will be held at 2:00pm on Thursday, August 5 at the Royal Canadian Legion Hall, 224 – 2nd Avenue West, Hanna, Alberta, with Cathy Watts officiating. A selection of Bob’s favourite delicacies including chocolate chip muffins, Coca-Cola and apple pie from the IGA to be served afterwards (and maybe some actual catering too).

We are devastated by the loss of Bob/Uncle/Dad/Papa and will miss his infectious sense of humor – which is why we decided to write this light-hearted obituary as a tribute to honor his memory the way he would want to be remembered (and not to diminish the sincerity of the moment or offend anyone). :)

Share Your Memory of
Robert "Bob"
Upload Your Memory View All Memories
Be the first to upload a memory!
Share A Memory