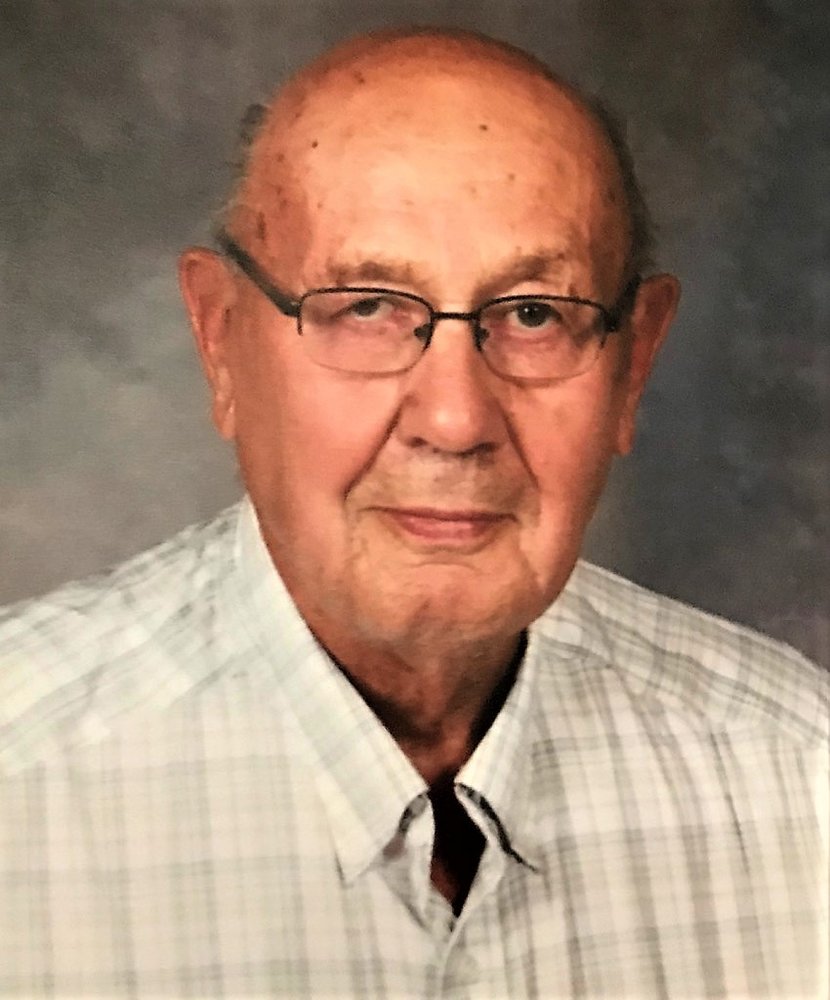 Bud started work with Special Areas at 16 years old and he would work there for 39 years until his retirement at 55.   He started as an operator, received his Heavy Equipment Mechanic Qualification in 1956 from SAIT and finished as the superintendent of roads and equipment.  He had an encyclopedic knowledge of homesteads in the area and who lived where because of his road building days.  During this time, he also received his Private Pilot’s Licence from Springbank Airport and happily flew his Aeronca Chief airplane often.

He met his future wife, Mary Dolan, at St. George’s church in Hanna in 1964 and they were married in July 1965. They started family life together in Youngstown and moved to Hanna in 1970 spending the rest of their lives there.  Leo enjoyed driving his family around the country for sport and music activities; being involved with his parish activities (especially the Knights of Columbus) and socializing with his coffee groups.  Farming and Scapa was his passion.  He loved working in the country, operating equipment, and harvesting the occasional bountiful crop.  His love of being outdoors, working hard, problem solving and being busy was his “happy place”.

Bud passed away July 20, 2019 in the Drumheller Hospital from illness.

He is survived by his wife, Mary “Mae”, his sons Patrick (Micheal), Kevin (Dana) and David (Charity); daughter Maureen (Trystan); and his grandchildren; Joseph, Noah, Jerome, Amelia, Lucy, Gabrielle, MaryKate, Vincent and Genevieve.  He is also survived by his sister, Aggie and sisters-in-law Anne McGovern, Cathy Wiens, Anne Ruppert and brother-in-law Patrick Dolan.  He is also survived by the next generation of the Ruppert and Wiens descendants.

During the last few months while Dad was in the hospital, he was especially thankful to those of you that could visit and let him know what was happening in his community that he held so dear.

Share Your Memory of
Leo
Upload Your Memory View All Memories
Be the first to upload a memory!
Share A Memory