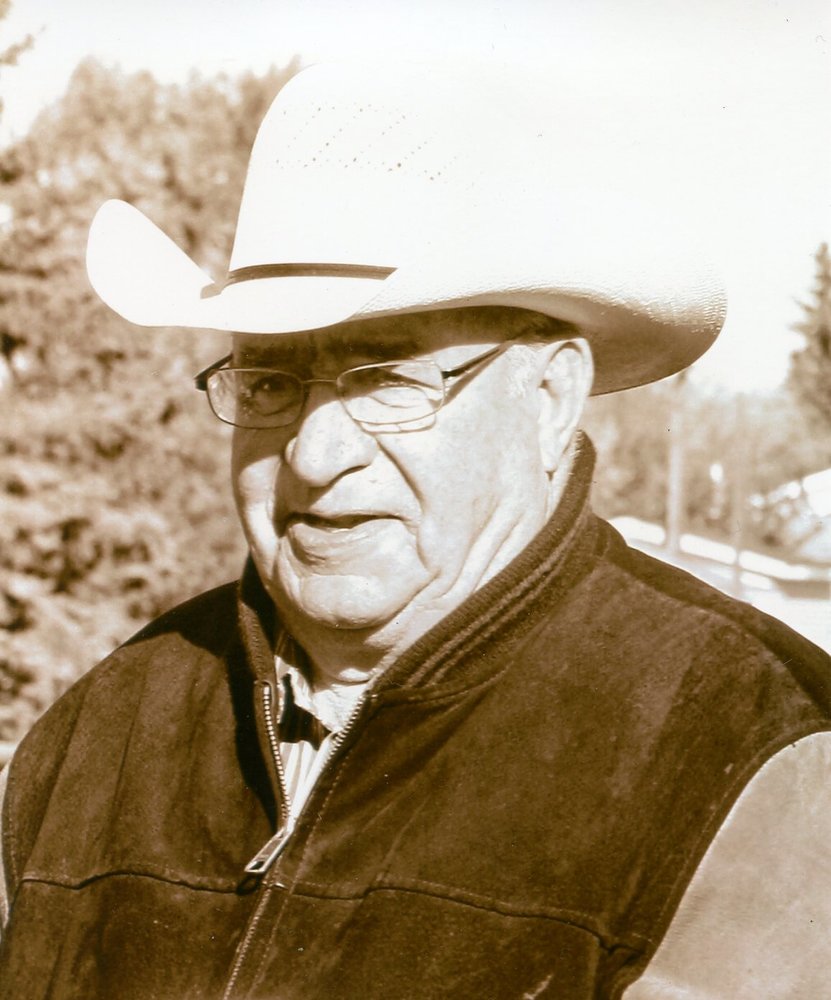 Walter grew up on the family farm at Dowling, AB. He attended the Weise school which was a mile & a half walk in the summer, and a dogsled ride in the winter. He worked and helped on the family farm until he married his Weise School classmate Freda Gaugler on Dec 7, 1952.

Walter & Freda moved to, and worked on the Hutton farm, south of Dowling Lake, until 1955. Their next move was back to the Gaugler family farm, where they spent the next 28 years farming and ranching with Freda’s brother, Bill. In 1984 they moved to Hanna, where Walter still continued farming, but now with his son, Don.

Walter was very community oriented. He played baseball with the Dowling Braves, and hockey with the Scapa team. He later helped coach the Boothill Bandits hockey team. As well as being involved in local sports, he was a long-time member of the Scapa Athletic Association, the Special Areas Road Advisory Committee, and held the Secretary position for the Sullivan Lake Rural Telephone.

Walter was instrumental in the restoration of St. Peter’s Lutheran Church in Scapa, and was also a founding member of the Hanna North history book.

Walter loved to visit every chance he got. This led him to spending time hunting, snowmobiling, curling, and playing cards.  You could also find him searching for Indian artifacts and traveling with Freda. All of the above while always having candy and sweets within reach.

When Freda could no longer look after herself, Walter stepped up and lovingly cared for her; both at home and in the nursing home. After she passed in 2009, Walter lived by himself until December 2014, when he moved to the Hanna Lodge. He loved his time living at the lodge; visiting, reading history books, watching curling on T.V. and spending time with his great-grandchildren.

In April of this year, he was moved to the Hanna Nursing Home where he thoroughly enjoyed the care and attention he received by the staff, as well as friends and family, who stopped by for a visit.

Share Your Memory of
Walter
Upload Your Memory View All Memories
Be the first to upload a memory!
Share A Memory