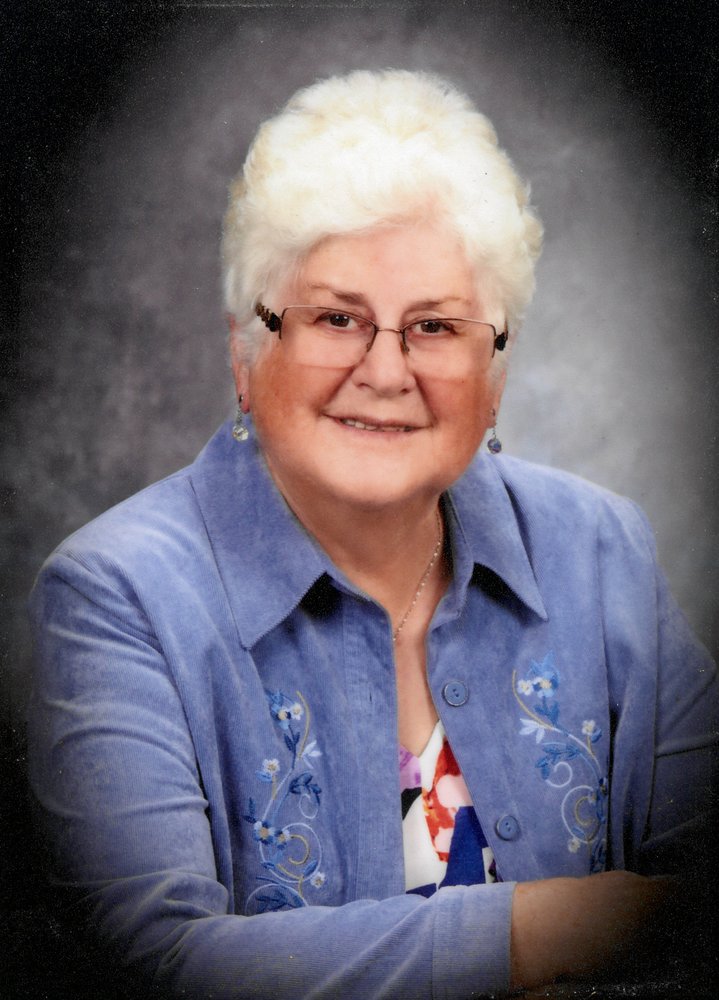 Get Directions
Wednesday
29
May

Alice Corinne Christensen of Hanna passed away peacefully surrounded by family in the afternoon of May 19th, 2019 at the Hanna Health Center at the age of 84 years.  Alice was born May 7th, 1935 in Dickson, Alberta to Evelyn and Anna Petersen. She was baptized and confirmed in the Dickson Lutheran Church. She grew up with her three sisters Louise, Eunice, Helen and parents as they farmed in Dickson, Alberta.  She will be lovingly remembered by her husband; Norman, four children; David (Sheila), Grant (Linda), Wanda and Duane (Kathy) and eight grandchildren; Krysta (Brandon), Michael, Trevor (Taylor), Brittany (Eric), Derek, Sean (Juliet), Alicia and Chad.  Alice was predeceased by her parents, Evelyn and Anna Petersen, her three sisters; Louise Gregersen, Eunice Nelsen, Helen Thompson and brother-in-law; Ellwood Thompson.

As a young adult she worked as a stenographer in Edmonton and Calgary.  She treasured her time at Canadian Lutheran Bible Institute in Camrose, Alberta where she attended for one year. In 1956, she met Norman Christensen in Calgary and they were married on November 10th, 1957. Norman and Alice lived in Calgary until July 1958 when they moved to Dalum to work for John Holmen.  In the spring of 1960, they started farming Norman’s parents farm in Dalum. They farmed in Dalum until 1977 and then moved to Fort St. John, BC where they farmed for just one year.  In 1978, they moved to Hanna and continued to farm and became a part of the Scapa and Hanna community.  In December 2000, they moved off the farm and retired in Hanna. Alice was a devoted and loving wife to Norman for sixty-one years.

Alice loved her four children, David, Grant, Wanda and Duane dearly and modeled kindness, gentleness, a strong faith, resilience and hard work as they grew up on the various farms.  She was an exceptional Mom and cared deeply about each of them. Alice was overjoyed when Sheila, Linda and Kathy joined the family and welcomed her daughter-in-law’s with open arms of love.

Share Your Memory of
Alice
Upload Your Memory View All Memories
Be the first to upload a memory!
Share A Memory