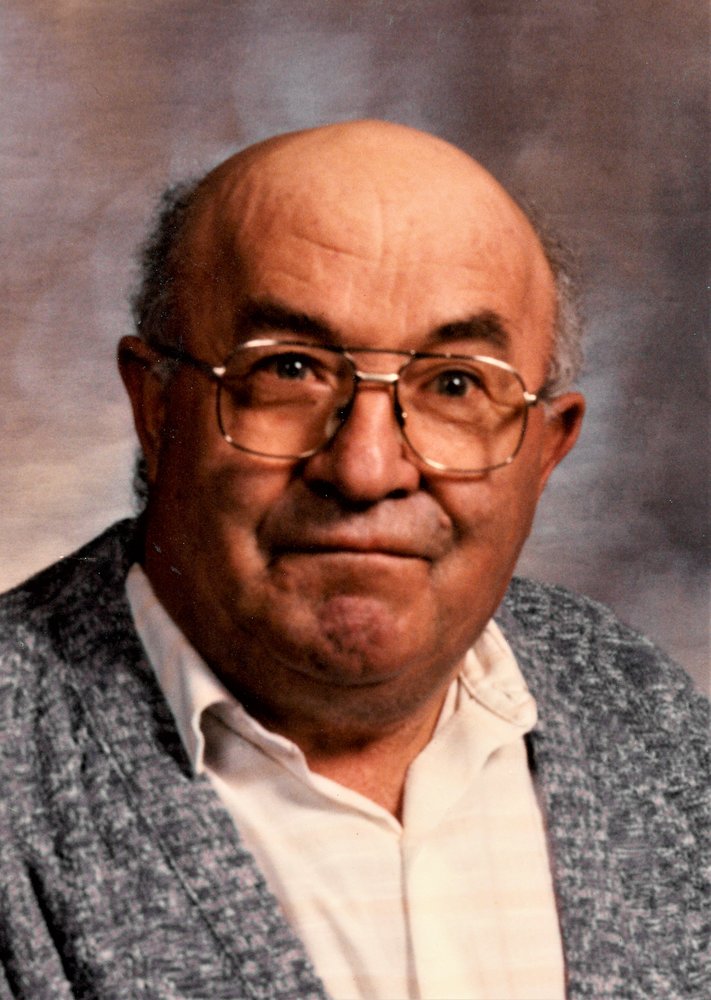 It is with great sadness that we announce the unexpected passing of Gottlob; fondly referred to as “Schmitty”, on December 3, 2018 at the age of 94.

Gottlob was born in Marienfeld Bessarabia, on September 23, 1924 to parents Gottlob Sr. & Pauline Schmidt. In 1927, Schmitty, his parents and 4 siblings: Alexander, Albert, Gotthold (George), and Hugo immigrated to Canada on the voyage of “Empress of France”. When arriving in Canada, they first settled North of Hanna. Two sisters: Freda and Ida and a brother named Adam were born here. In 1933, tragedy struck the family when Schmitty’s mother passed away, leaving Schmitty’s father struggling to raise 8 children on his own. As Schmitty said, “We all learned to take care of ourselves.”  In 1934 the family relocated a short distance to the current location where Schmitty resided until 2014. Schmitty and his older brother Alex took over the farm and in 1942, Gottlobs dad married Mrs. Dux and soon another sister; Bertha arrived. Alex and Schmitty decided to purchase the farm from their father in 1945 when his father and younger family moved to Holden.

In 1958 Gottlob bought out Alex and became the sole owner of the farm. He raised Hereford cattle until he retired from cattle business in the late 1990’s. This is when Schmitty turned his attention to another passion; gardening, raising pheasants and peacocks. He won many horticulture awards for his colorful flowers and weed free gardens. Schmitty hatched out many breeds of birds, often raising birds, auctioning them off and donating the proceeds.

Over the years Schmitty has been involved with the Solon and Meadowland Community Clubs, the Hanna Curling Club, and the BPOElks #451. A popular event that Schmitty hosted for his friends and family was the annual corn roast.

Schmitty was known for his gentle nature, and generous spirit. His deep love of the land and love of wildlife led him to his decision that he should donate 6 quarters of land to the Alberta Provincial Government to be used as a Park. This Park, Antelope Hill Provincial Park, will be a wildlife preserve left for future generations to enjoy.

Gottlob is survived by his siblings: Hugo, Ida, Freda, Adam, and Bertha. He was predeceased by his brothers: Alexander, Albert, and Gotthold (George).

A Funeral Service will be held on Tuesday, December 11, 2018, at 1 P.M., at the Redeemer Lutheran Church. Interment taking place following the service at the Hanna Cemetery.

Donations will be gratefully accepted to the Redeemer Lutheran Church, Box 746, Hanna, AB, T0J 1P0, or to a charity of one’s choice.

Rest in Peace Gottlob, you lived a good 94 years.

Share Your Memory of
Gottlob
Upload Your Memory View All Memories
Be the first to upload a memory!
Share A Memory