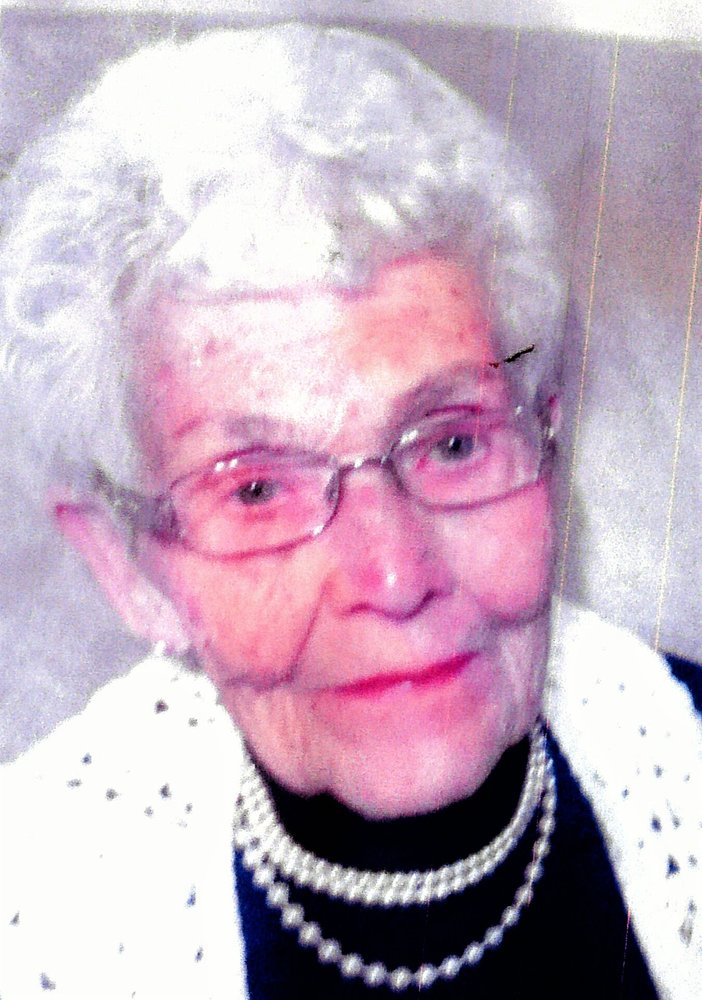 Doreen (Hayes) Christianson, age 92, of Hanna, AB, formerly a long-time resident of Chinook, AB, passed away at the Hanna Long Term Care on November 28th, 2018, surrounded by her loving family.

Doreen was born on April 24th, 1926 and grew up just south of Hanna. She married the love of her life, Ralph (Papa) in 1949. The couple settled in the Sunnynook area and in 1958 moved to Chinook where they raised their three children.

Doreen spent more than 35 years in Chinook before relocating to Hanna 24 years ago to be closer to her family.

Doreen was a devoted and loving mother and grandmother. She was very proud of her family and was excited to become a “Nana” to her 6 grandchildren and 13 great grandchildren. Nana loved the farm life and after dinner get-togethers; any chance to spend time with her family was important to her. She would spend hours cooking and preparing for her company, especially for the annual brandings.

Nana was known for her feisty, nonsense attitude and good sense of humor. She will be missed by all that knew and loved her. A life time of memories for all to cherish.

Nana is now reunited with Papa, and was predeceased by 8 siblings.

A memorial service will be held at a later date.

The family would like to thank everyone who sent food, flowers, cards, and phone calls. All were greatly appreciated.

Thank you to Doctor Fortna and the staff at Long Term Care for the care and compassion shown to Mom-Nana.

Thank you to Laurie from Hanna Funeral Services for her professionalism and compassionate guidance through this difficult time.

Share Your Memory of
Doreen
Upload Your Memory View All Memories
Be the first to upload a memory!
Share A Memory