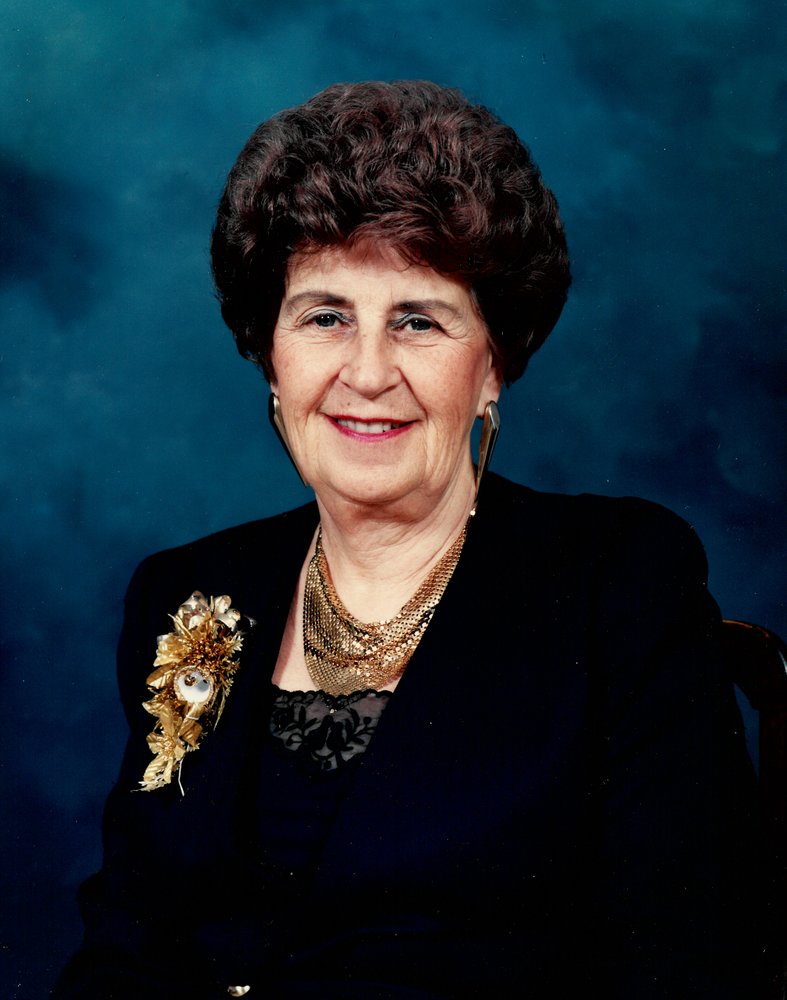 Our beloved mom, grandma and great grandma, Theresa (Terry) Elizabeth Faechner (nee Burgemeister) passed away on Monday, September 24, 2018 at the age of 96 years with family at her side.

Terry was the youngest of 10 children and lived to be the oldest of them all – this was something she was very proud of.

She was predeceased by her parents Emmanuel and Theresa Burgemeister; husband Bill (1989) and all of her siblings.  Terry also leaves to mourn her passing her numerous friends young and old.

Terry was born in Hanna, Alberta on December 22, 1921.  Her mother passed away giving birth to her.  She attended school in Hanna from grades 1- 4 and then Handhills until Grade 8 when she left home at 11 years old and worked for a local family as a caregiver and at the Hanna Hospital in housekeeping.  At 16 years old she moved to Calgary, Alberta where she worked at the Calgary Red Cross Hospital, took a sewing course, and had a short stint as the Lifesavers girl.  She returned to Hanna where she worked in Bula Warwick’s dress shop.  Terry met Bill Faechner and they married on June 24, 1944 and Drinda was born in 1945, with Trudy following in 1957.

Terry was very active in Rebekahs, Royal Purple, and the Red Hatters.  In Terry’s retirement she found her love of Garage sales and antiquing – these were her treasures and her basement was a shrine to the love of her treasures.  Terry was very proud of her family - this is apparent through the love that they feel for her.  In 2016 her namesake Macie Theresa was born and Granma was so touched and proud of this honour. Several of Terry’s loves were: crocheting, watching curling, watching the soapies, and cards (perhaps cheating on occasion) followed by her boisterous laughter and denial of such cheating.

Family interment will be held prior to her celebration of life at the United Church at 2:00pm on Saturday, September 29, 2018.

Mom finally received her wings and will be laid to rest with her mother at the Friedens Cemetery.

She is free to fly, and her family will miss her forever and always.

Donations in memory to be made to the Hanna Long Term Care Recreation Fund or donor’s choice.

Share Your Memory of
Terry
Upload Your Memory View All Memories
Be the first to upload a memory!
Share A Memory