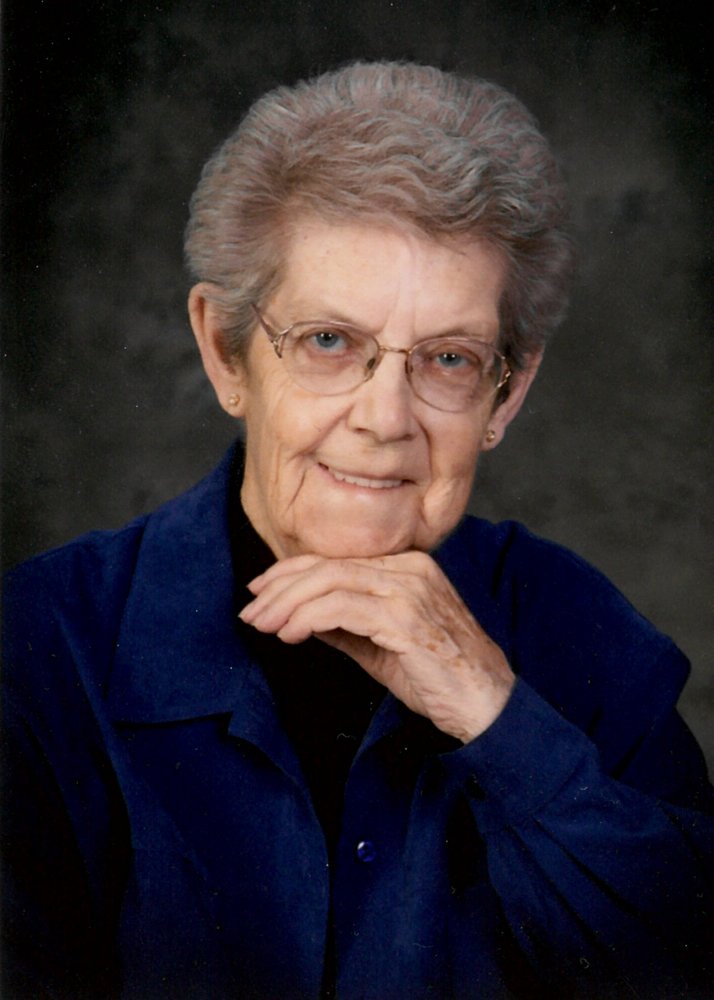 Edna is survived by brother Dick Graham and sister Maryanne Smiley (Don), as well as many nieces, nephews and great-nieces/nephews.

Edna was born in Edmonton, AB, and grew up in various CN towns as her father worked with CN Rail. She attended school in Scapa AB, and after graduation worked with the Royal Bank in Hanna until meeting the love of her life, Reinhardt Weich. Edna and Reinhardt were married December 22, 1946 and together settled and started farming the Weich family farm.
Reinhardt passed away May 25, 1990 and Edna continued the farm life until the year 2000 when she moved into a condo in Hanna. In 2008 Edna moved into The Manor.
Throughout her life Edna was very active and involved in curling, ball, ceramics, baking, gardening, knitting, crocheting, sewing, crafts, playing cards, reading and the Church.

Edna was immensely proud of her family and spoke often about them and their many adventures.

Edna’s family would like to thank all the family friends and local support groups (Hanna Homecare, Helping Hands, Hanna Hospital staff) who contributed to her well-being.

In lieu of flowers, donations can be made to Big Country Housing Authority or The Sunshine Club.

Share Your Memory of
Edna
Upload Your Memory View All Memories
Be the first to upload a memory!
Share A Memory