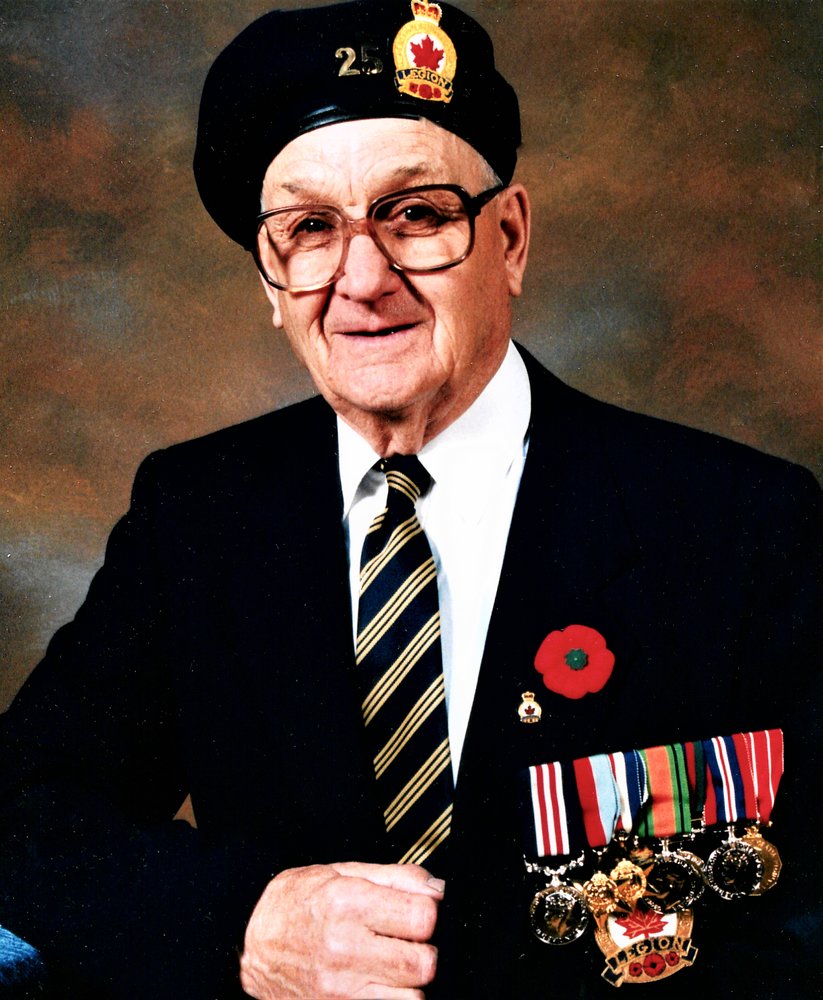 Throughout his life, Charlie worked to help others have a better life.  He officially served his country for 29 years.  He was a decorated war hero but his heroism could be found in his acts of compassion, honour, kindness and bravery; not just during the war but throughout his life.

He had great insight and an ability to know how to reach people and help them.  He loved to chat and tease.  When he was still walking for his mail, he continued on down main street popping his head in at every store for a little banter.  Everyone received a smile and a laugh to start the day.

He had a special connection with young people.  He loved to visit with them and they loved him.  The huge Christmas display that he built and set up for many years and the deals he gave everyone in the sports section at the rummage sale were for the kids.  His biggest contribution though was the stories and war memorabilia that he shared and the lessons that he taught the school children for over 20 years.

Charlie had his share of sadness, but he chose to concentrate on the good in life and in people.  He lived his life honourably and with much compassion.  He will be forever missed.

Share Your Memory of
Charles
Upload Your Memory View All Memories
Be the first to upload a memory!
Share A Memory