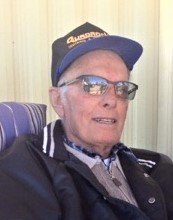 Douglas Owen Smith peacefully passed away June 22, 2018 at the age of 82 in Hanna, Alberta.

Share Your Memory of
Douglas
Upload Your Memory View All Memories
Be the first to upload a memory!
Share A Memory