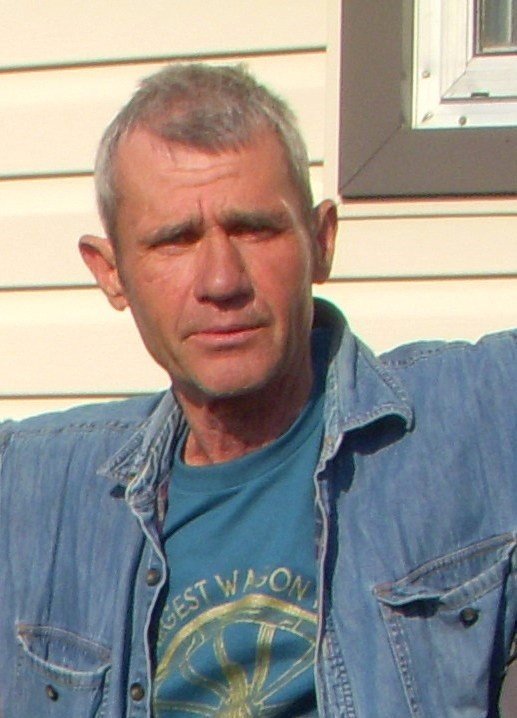 A private family memorial service will be held at a later date.

Robert Wayne Lynn was born July 27th, 1952 in Hanna, AB to Bob & Esther Lynn of Youngstown, AB.  He took all his schooling in Youngstown, graduating in 1970.  Following graduation, he purchased the Frank Gaskill farm and started farming & ranching. After selling a few years later, he moved west to the Sundre area, then down to Didsbury where he met and married Charlotte Myers but later divorced.  They have one daughter, Karleen Rayne of Didsbury.

His handyman, ‘jack-of-all-trades’ abilities has occupied him over the last 8-9 years since living in Hanna.  He has always been quick to lend a hand to anyone in need.  He had many needing snow shovelled, grass mowed or a gate fixed.  He will be greatly missed by these folks that looked to him to get their odd jobs done.  He was a familiar sight on the streets of Hanna on his scooter and sometimes pulling his little trailer with a lawn mower, etc. on it.

Wayne will be greatly missed by his loved ones as well as his close friends. One of the dearest memories of Wayne will be his kind, honest and generous-to-a fault nature and his great, dry sense of humor that he upheld right to the end.

Wayne passed away in the Hanna Hospital June 13, 2018 with his sisters and brother by his side after a 6 month battle with cancer.  At his request, there will no funeral.

Share Your Memory of
Robert
Upload Your Memory View All Memories
Be the first to upload a memory!
Share A Memory