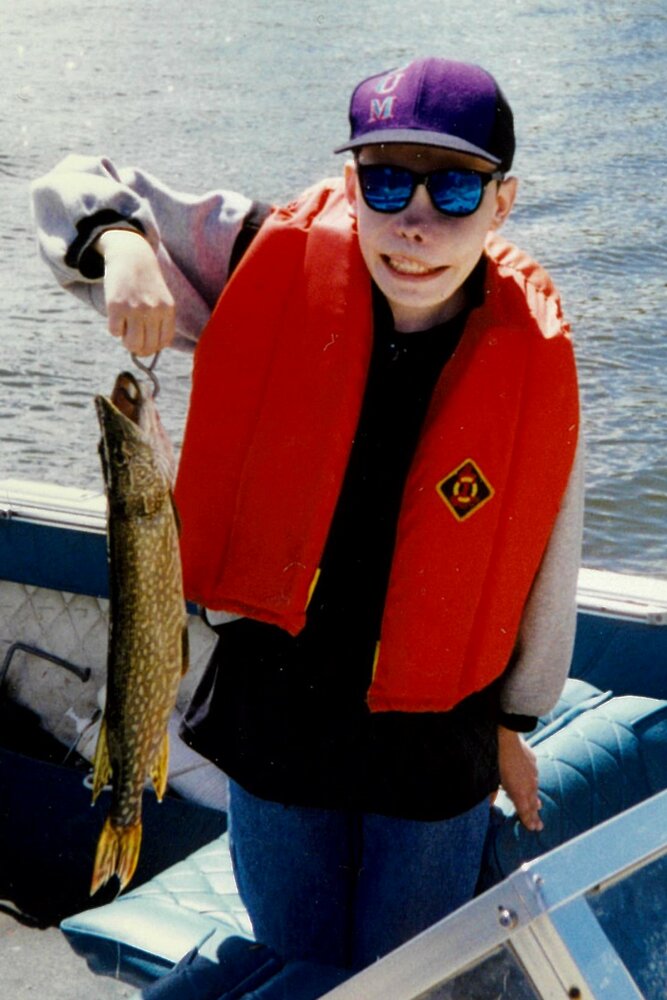 Jonathan Rhian Morgan of Hanna, Alberta passed away at the Foothills Hospital after a short battle with cancer on December 10th, 2022, at the age of 40.

In 1988, Jon was diagnosed with McCune Albright Syndrome and Fibrous Dysplasia. In 1991, Jon lost his vision during a surgery in Toronto to remove abnormal bone growth near the optic nerves of both eyes.

Over the coming years, Jonathan learned braille and with the help of dedicated and special teacher aides, graduated High School in Hanna, Alberta.  He was a keen learner, especially interested in history and writing, and published a book in 2016.  He also learned to knit and crochet and made many cherished items for family and friends.

Although he was disabled, Jon insisted on his independence. After his mother passed away, he lived in Calgary with Heather, a dear friend from blind camp, but eventually moved back to Hanna to be closer to family.

Jon was passionate about supporting those with McCune Albright Syndrome and Fibrous Dysplasia. He loved teaching others about his disability and rare disease and enjoyed joking about his life to show humour can be found in any situation.

Donations in Jon's memory can be made to The Alberta Children's Hospital, or FDMAS Alliance, the official non-profit organization for Fibrous Dysplasia and McCune Albright Syndrome.

A private family interment will be held at Manitou Memorial Cemetery, Marsden,Saskatchewan on Saturday December 18, 2022. Jonathan will be laid to rest with his parents Richard and Carol Morgan.

If desired, donations in memory of Jon can be made directly to the Alberta's Children Hospital, 28 Oki Drive NW, Calgary, AB T3B 6A8 CA,or FDMAS Alliance, https://donatestock.com/fdmasalliance.

Share Your Memory of
Jonathan
Upload Your Memory View All Memories
Be the first to upload a memory!
Share A Memory