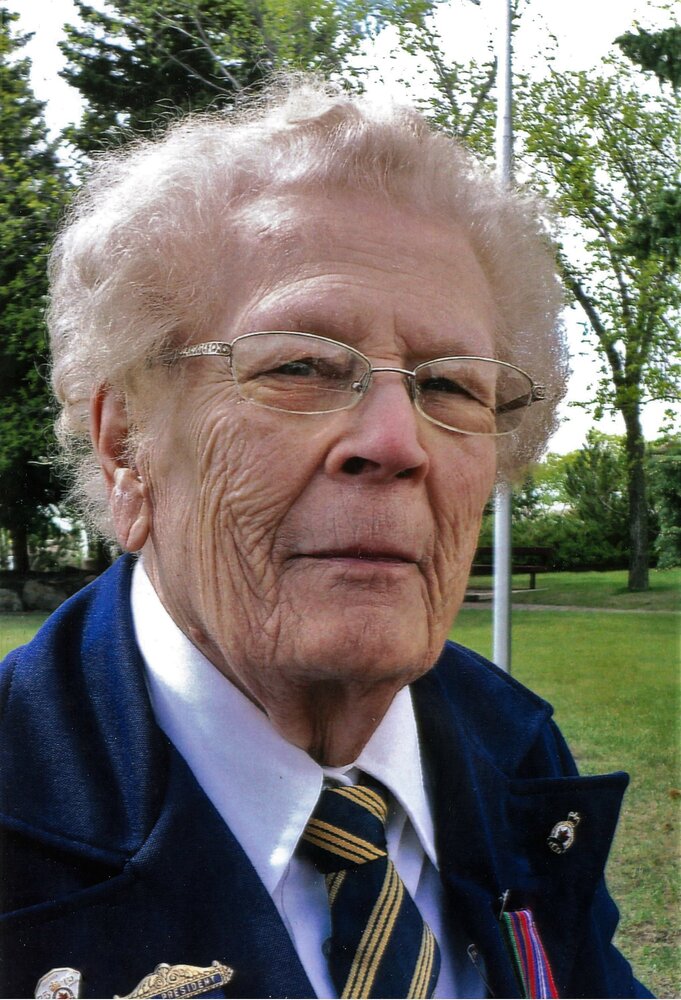 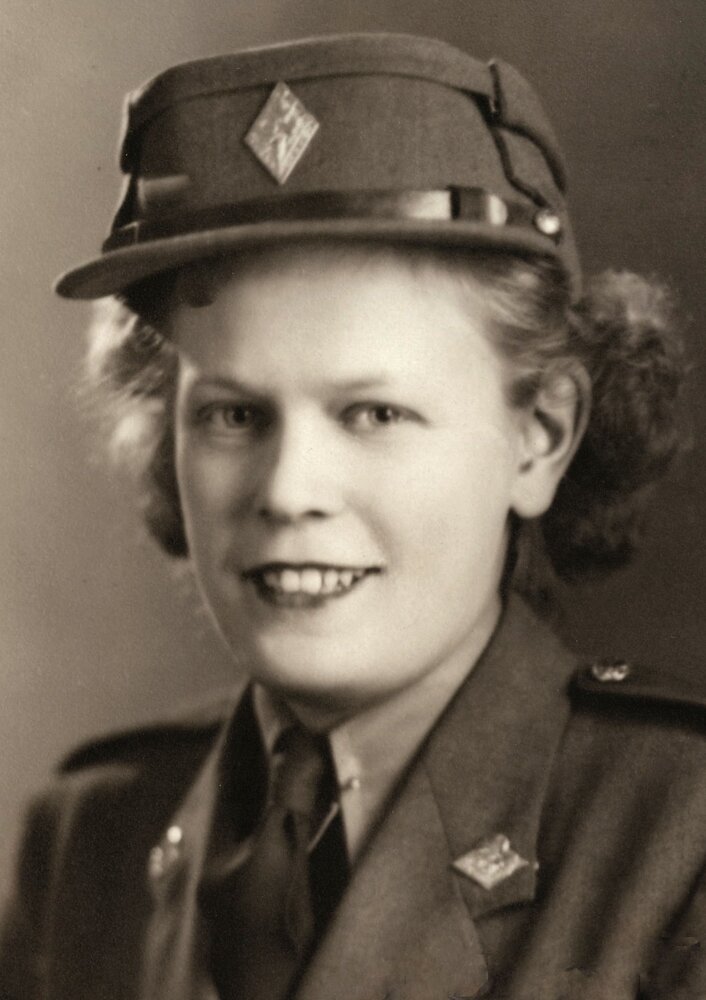 Lois Phae Smereka (nee Grover) of Hanna, Alberta, passed away at the Hanna Health Centre, on December10, 2022 at the age of 96.

She will also be lovingly remembered by her niece, Candy, who visited her many times in Long Term Care.

Lois was born in Halkirk, Alberta on January 31, 1926. She joined the army in May 1943 and before returning to civilian life in 1946, achieved the rank of corporal. She attended Red Deer College in 1971 and married Metro Smereka in 1974.

They moved to Coronation for Metro's work with the railroad.  After Metro's passing, she moved to Youngstown to be closer to family.

Due of her declining health, Lois moved to Hanna in 2012, and resided there until her passing.

If desired, donations in her memory can be made directly to the Hanna Legions Branch#25 Box 1407, Hanna, AB T0J 1P0, or the Canadian Cancer Society.

Hanna Funeral Services Ltd. has been entrusted with the care and arrangements; 403-854-5959, www.hannafuneral.ca.

Share Your Memory of
Lois
Upload Your Memory View All Memories
Be the first to upload a memory!
Share A Memory