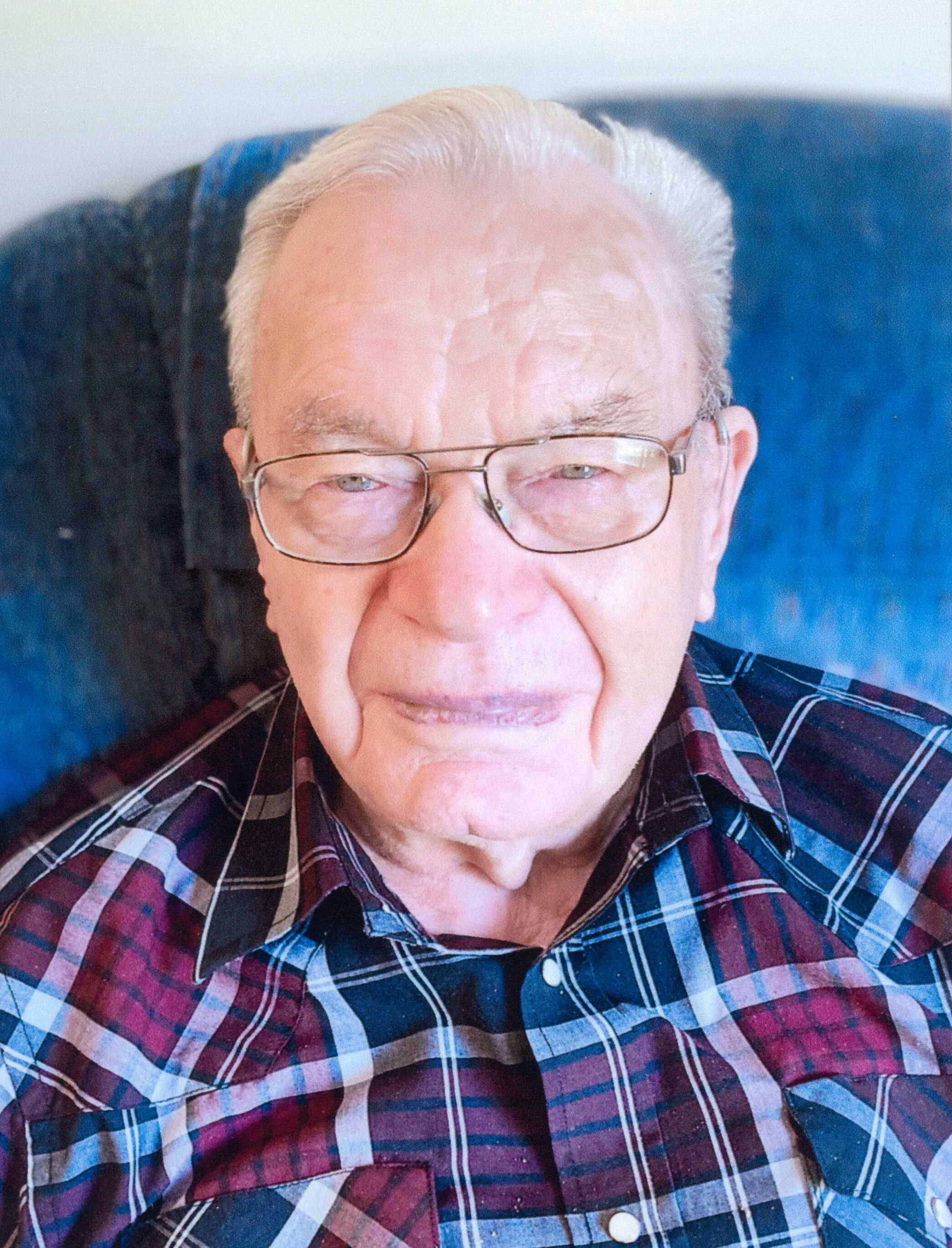 Will be held in the spring.

Herbert Walter Wimmer was born in Hanna, Alberta, on July 29, 1931. Herb was the only child of John and Ann Wimmer. Herb was raised on the family farm south of Scapa. He received his education at the Hudson Bay School and the Scapa School. Following school, he started farming with his father.

Herb married Annabelle (Ann) Haessel on June 12, 1964. Together, they resided on Herb’s family farm. In 1966 they were blessed with their son Brian and then welcomed their daughter Karen in 1969.  Unfortunately, Karen met an untimely death at the age of 14. When Herb was on the farm, he was very involved with the community, volunteering with many projects at Scapa.

When Brian finished school, he joined his dad and farmed the family farm together. Herb and Brian farmed until 2004, when they sold the farm and moved into Hanna.

Herb played senior slow pitch with the Hanna Team. They played tournaments in many towns throughout the province. He curled with the Hanna Curling Club until 2012. Another favorite activity of Herb’s was old time dancing. Herb and Ann would travel all over to dance as there were no dances nearby. Herb had a love for old time music and taught himself to play the accordion. For many years he played for dances in the Scapa area with the Scapa Band.

He spent many hours in the winter in his heated shop restoring old machinery and vehicles. Herb’s biggest project was a 1935 Case tractor, which is now on display in the Hanna Museum.

Herb enjoyed travelling with his wife to Hawaii, across Canada and many places in the USA. He and his wife also went on several different cruises. In 1996 they travelled to Germany to visit Ann’s relatives.

After moving to Hanna, Herb enjoyed working in his yard. His cotoneaster hedge was admired by all who walked by. He volunteered at the Hanna Museum, the Senior Circle and many other places where help was needed. Many enjoyable hours were spent in their home.

In 2016 Herb and Ann moved to the Hanna Lodge. Herb enjoyed his time at the lodge. He played pool, shuffleboard, puzzles, and listening to the local bands play music.

Unfortunately, this year, Herb’s health took a turn for the worse and he had to move to Hanna Long Term Care at the beginning of September. Within a couple weeks of being there, Ann was admitted to the Hanna Hospital and passed away on Sept. 27, 2022.

Herb will be lovingly remembered by his son Brian of Hanna; sister-in-law Ann Haessel of Calgary, and nephews Dale and Roger Haessel.

Herb was predeceased by his precious wife of 58 years, Ann; daughter Karen; his parents; and brother-in-law Walter Haessel.

A memorial service will be held in the Spring of 2023 for Herb and Ann.

If desired, memorial donations can be made to a charity of your choice.

Share Your Memory of
Herbert (Herb)
Upload Your Memory View All Memories
Be the first to upload a memory!
Share A Memory