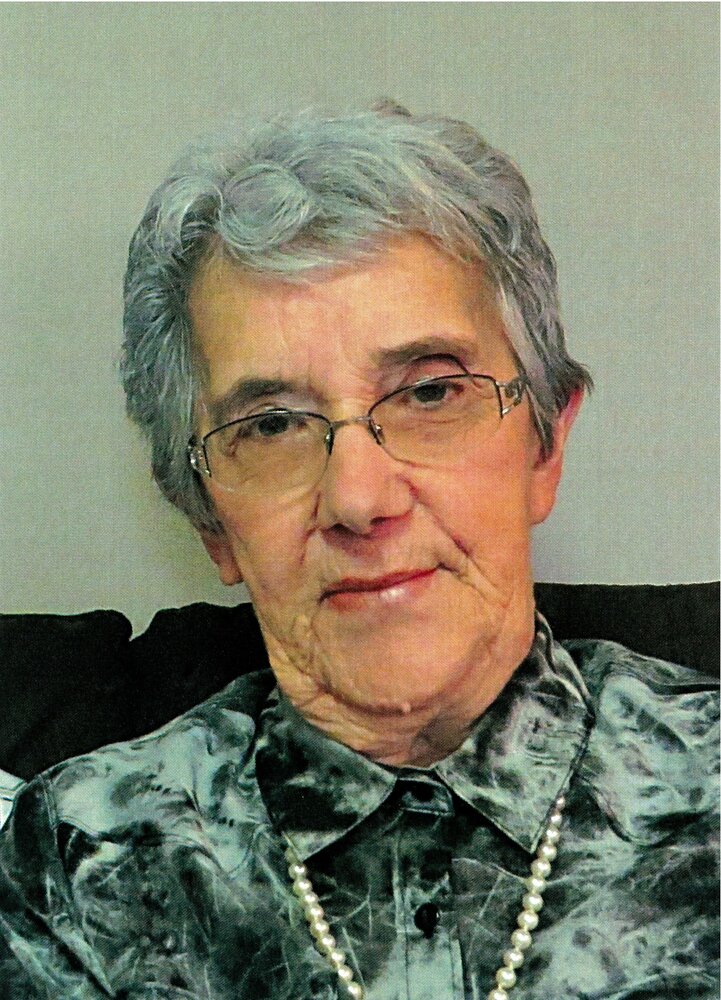 Please share a memory of Ann to include in a keepsake book for family and friends.
View Tribute Book

It is with great sadness that we announce the passing of Irmgard Annabelle (Ann) Wimmer, age 82, on September 27, 2022 at the Hanna Hospital.

Irmgard Annabelle (Ann) Wimmer was born in Hanna, Alberta on December 15, 1939. The first child born to Rudolf and Hedwig Hassel, following with the birth of their second child, Ann’s brother Walter. The first four years of Ann’s life were spent on a farm in the Dowling Area. In 1944 the family moved to a farm in the Garden Plain District.

Ann received all her education at Netherby School. After completing school, she moved to Calgary, enrolled in a business school and after some time she realized this was not to her liking. Ann later found employment at a bank and worked in several different banks over the years.

In 1962 Ann moved back to Hanna to be closer to her mother as her mother was dying of cancer. Ann was employed at the Hanna Royal Bank until her marriage to Herbert Wimmer on June 12, 1964. Ann and Herb established their home on Herb’s farm south of Scapa, Alberta. A son Brian was born in 1966, In 1969 daughter Karen was welcomed into the family. Unfortunately, Karen met an untimely death at the young age of 14.

Ann enjoyed gardening and always harvested a big garden on the farm. Ann was involved with activities and volunteer work in the Scapa community. When Brian finished school, he joined his dad working on the family farm until the farm was sold in 2004, where they purchased a home in Hanna to live.

After moving to Hanna, she volunteered at the Food Bank for five years, the Hanna Senior’s Circle and looked after the senior floor curling. She was an avid reader all her life. Ann spent many enjoyable hours playing cards at the Senior Circle and visiting with friends in their home.

Ann would always attend Herb’s slow pitch tournaments with the Hanna Senior slow pitch team, travelling to many parts of Alberta for games. She also enjoyed old time dancing, where they had to travel a far distance as there were no dances nearby.

Ann and Herb enjoyed travelling throughout Canada, the USA, Hawaii and also going on a number of cruises together. In 1996 they made a once in a lifetime trip to Germany to visit Ann’s relatives. This was one of her favorite memories; being able to visit her mother’s sisters and cousins in Germany.

In 2016 Ann and Herb moved to the Hanna Lodge. Ann continued to enjoy playing cards, listening to music and visiting with friends there.

Ann will be lovingly remembered by her husband Herb of 58 years and her son Brian of Hanna. She is survived by her sister-in-law Ann Hassel, and two nephews: Dale and Roger of Calgary, Alberta.

Ann was predeceased by her parents, her beloved daughter Karen, and her brother Walter. Walter passed away on August 22, 2022.

No service will be held at this time. Ann will be laid to rest at the Hanna Cemetery.

If desired, donations in memory of Ann can be made directly to a charity of your choice.

Hanna Funeral Service’s Ltd. has been entrusted with the care and arrangements; 403-854-5956, www.hannafuneral.ca.

Share Your Memory of
Ann
Upload Your Memory View All Memories
Be the first to upload a memory!
Share A Memory