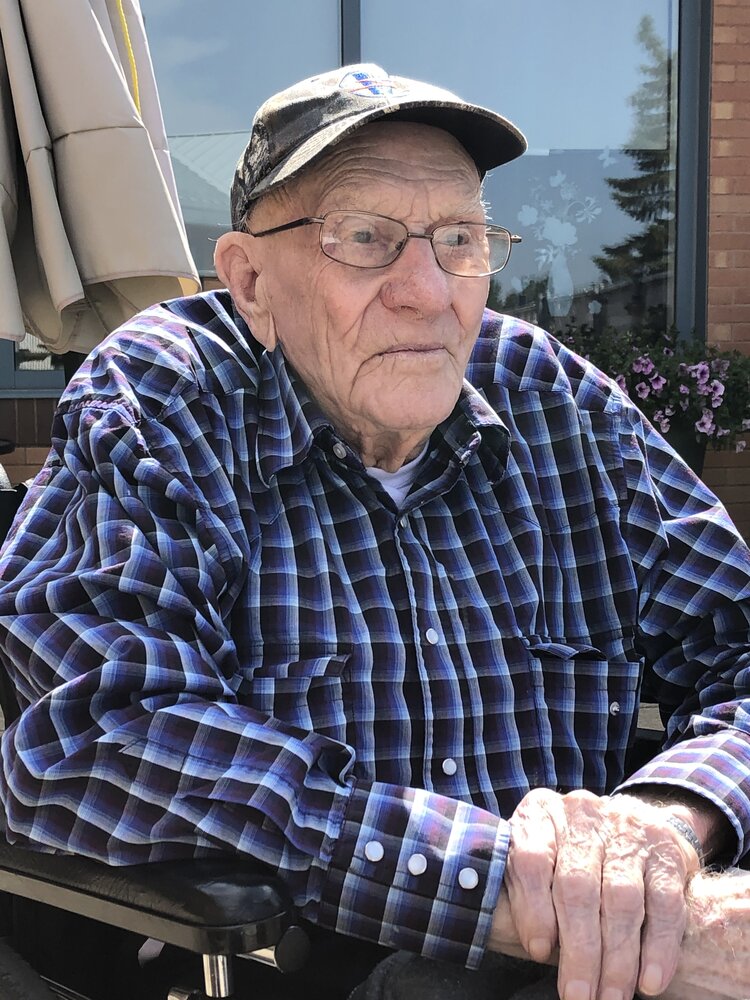 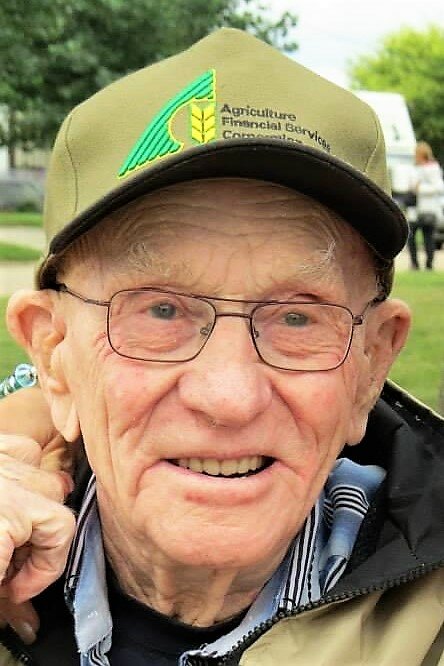 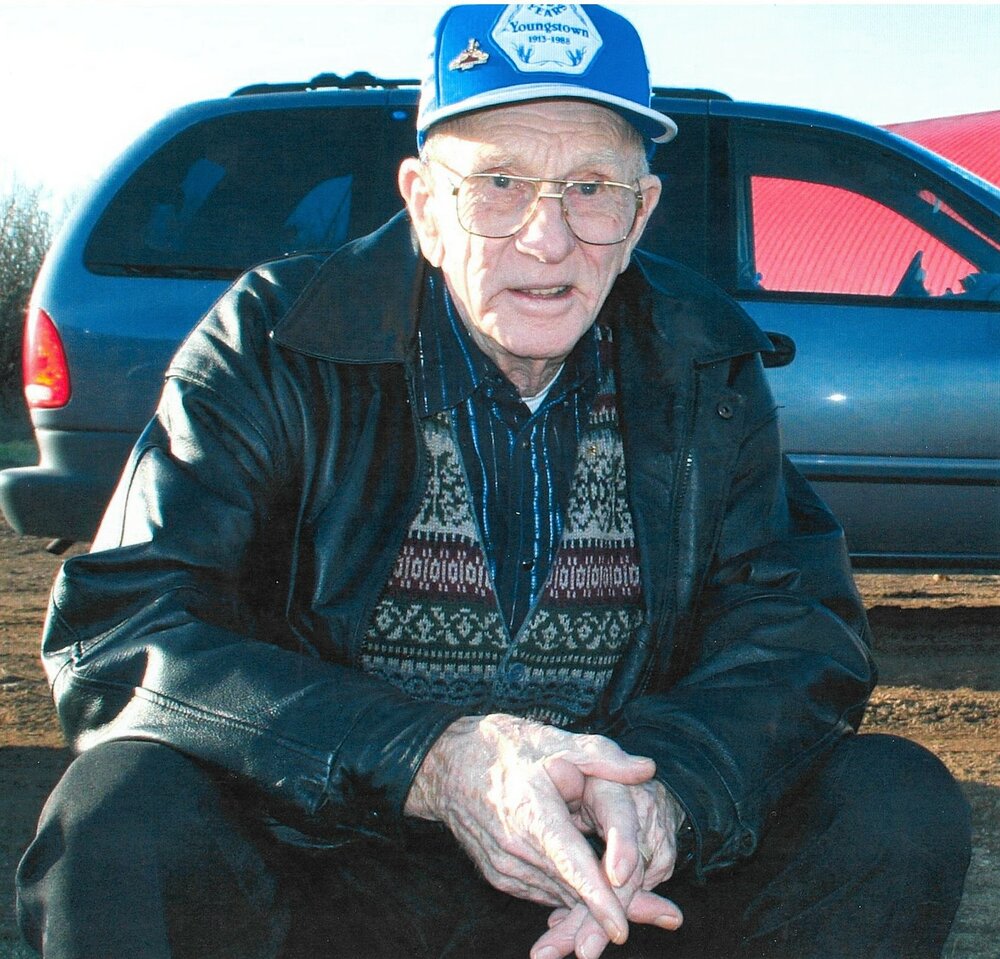 Come and Go Luncheon and Visit

He attended school in Scotfield until Grade 11, when he quit to work for the Department of Health poisoning gophers.  Bill then worked for the Gordon family until 1945. In 1946 he got a job at Special Areas where he worked until he took over the family farm in 1959.

Bill married Doris Hutchinson January 12, 1947, and together they raised their 6 children.  Farm life had its ups and downs with drought and hailstorms to name few, but they were very fortunate to have amazing neighbours that stepped in to give a hand and Bill always returned the favour.

Not a weekend went by without having grandchildren at the farm.  The kids loved spending time with their Papa and Grandma.  Tractor and horse rides, feeding the cows, lawn mower races, harvesting the garden, working in the Quonset, playing with the dogs, and non-stop pranks from Papa.  So many wonderful memories!

Bill had a strong work ethic.  Broken bones, broken hips, shattered heels could not keep him down.  He always bounced back stronger than ever.  He was an active member of the community, an Elks member, and served on the Youngstown Cemetery Board for years.

The family farm was sold in 2002, and they moved to Hanna.  Now that they were “retired” they loved visiting with close friends, having a “few” drinks and playing cards.  Bill missed the farm life, so he would make the trip back to Youngstown as often as he could to help Lenny on the farm.

Following Doris’ passing in 2006, he kept the house until 2012 and then moved into the Hanna Lodge.  In the spring of 2020, during the first covid-19 lock down, Bill was admitted to the Hanna hospital with severe back pain.  From the hospital he went into the assisted living area at Hanna Long Term Care. Shortly after celebrating his 100th birthday, he was moved into the extended care wing. Even though his body was tired and weary you could often see a sparkle in his eyes and smile on his face.  Bill passed away peacefully on June 28, 2022.

Bill was predeceased by his parents Shedden and Mary Cummings; his wife Doris of 59 years; his siblings: Lois Monroe, Margaret MacKenzie, Lorna Miller, and Don Cummings; his son Ronnie and son-in-law Robert Rude.

A private family service was held on Sunday, July 3, 2022, in the yard of the original Cummings Homestead. Bill was taken by horse and wagon from the Cummings Homestead, through his hometown Youngstown, and then to his final resting placing at the Youngstown Cemetery.

If desired donations in memory of Bill can be made directly to the Youngstown Cemetery, Box 223, Youngstown, Alberta, T0J 3P0.

Hanna Funeral Services has been entrusted with the care and arrangements, 403-854-5959, www.hannafuneral.ca.

Share Your Memory of
William (Bill)
Upload Your Memory View All Memories
Be the first to upload a memory!
Share A Memory