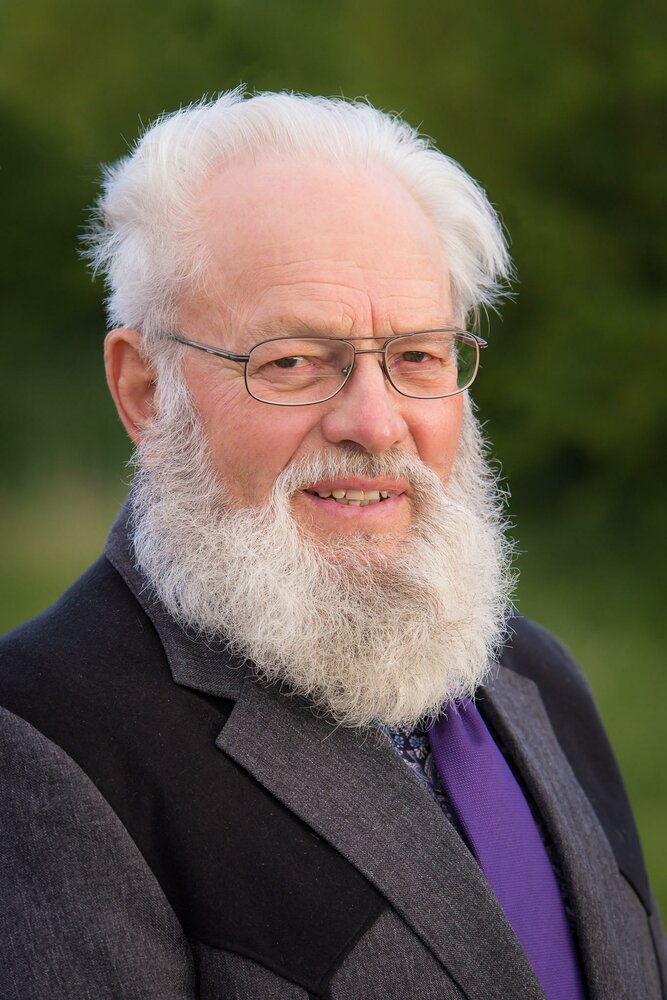 -Masks and hand sanitizer will be provided -Social distancing respected

John Alexander Goodbrand was born February 22, 1936, in the Crocus Plains District of Alberta, lived most of his adult life on the family farm, and went to be with his Lord and Savior at the Drumheller Hospital on September 18, 2021, at the age of 85 after a short illness.

John will be remembered by many in his community as a man of great faith and prayer, a careful and articulate Bible teacher, and avid trapper and accomplished furrier, a great conversationalist and storyteller, a man who had time for those marginalized in society, and a generous and loving husband, father, father-in-law, grandfather, and great grandfather.

John came to saving faith in Jesus Christ at the age of eight at the Crocus Plains School through the evangelistic efforts of travelling preachers, including John Smart (whom he was named after). John, in his humble and classic self-deprecatory way would say later that he got the “John” but didn’t get the “Smart”.  This, however, was not true as he was always learning new things, studying, and reading continually, and always interested in what you were doing.  He had a life-long love of the Bible and his deep and clear voice reading and praying the King James Version lingers in our souls to this day.  He was a dedicated Bible student and teacher, from the early 1960’s with Bible Studies in up to 12 district schools teamed up with Bill Gurnett and starting the Awana Club in Youngstown with life-long friend Ivan Ford, to his decades of service to Youngstown Gospel Chapel as member, elder, and senior advisor.  His dedication to attendance to Sunday Meetings (morning and evening), Wednesday evening prayer meeting, annual and special meetings is unparalleled. He had a great love for people and would get to know people of any age or walk of life, often inviting them home for a Sunday meal.

John had many memories of his time as a young man in the “North”, working in geographical exploration doing surveying work and managing a crew of Cat operators working mostly for Shell Oil in the late 1950’s and early 1960’s.  He also conducted seismic work on ships off the east and west coasts of Canada, right up until he was married in 1965.  These experiences left a lasting impression on his life and were a joy to recall.  He spent the remainder of his adult life on the family farm after purchasing land in 1967 one mile west of the original Goodbrand homestead.  In 2008 the bulk of the farm was passed to son Andrew and John and Cynthia moved a modular home on the original homestead where Cynthia still resides.  John became an avid gardener and was quite generous with his produce!  He remained active on the farm after selling his cattle in the last few years and always had projects.  He skinned coyotes, fox, beaver, and muskrats even up to this past winter.  This summer he was chopping wood to burn in the skinning shack this coming winter and told Andrew “I’m not sure why I’m doing this, I won’t get to use it!”.

He faced death with a calm assurance that only Christ can give.  A few minutes before his passing, he quoted Psalm 116:15 “Precious in the sight of the Lord is the death of his saints”.  He knew the rewards of heaven were waiting for him. Christ was the sure and steadfast anchor of his soul for 77 years and now he is with Jesus and that is “far better” (Philippians 1:23).

A private family graveside service will be held.