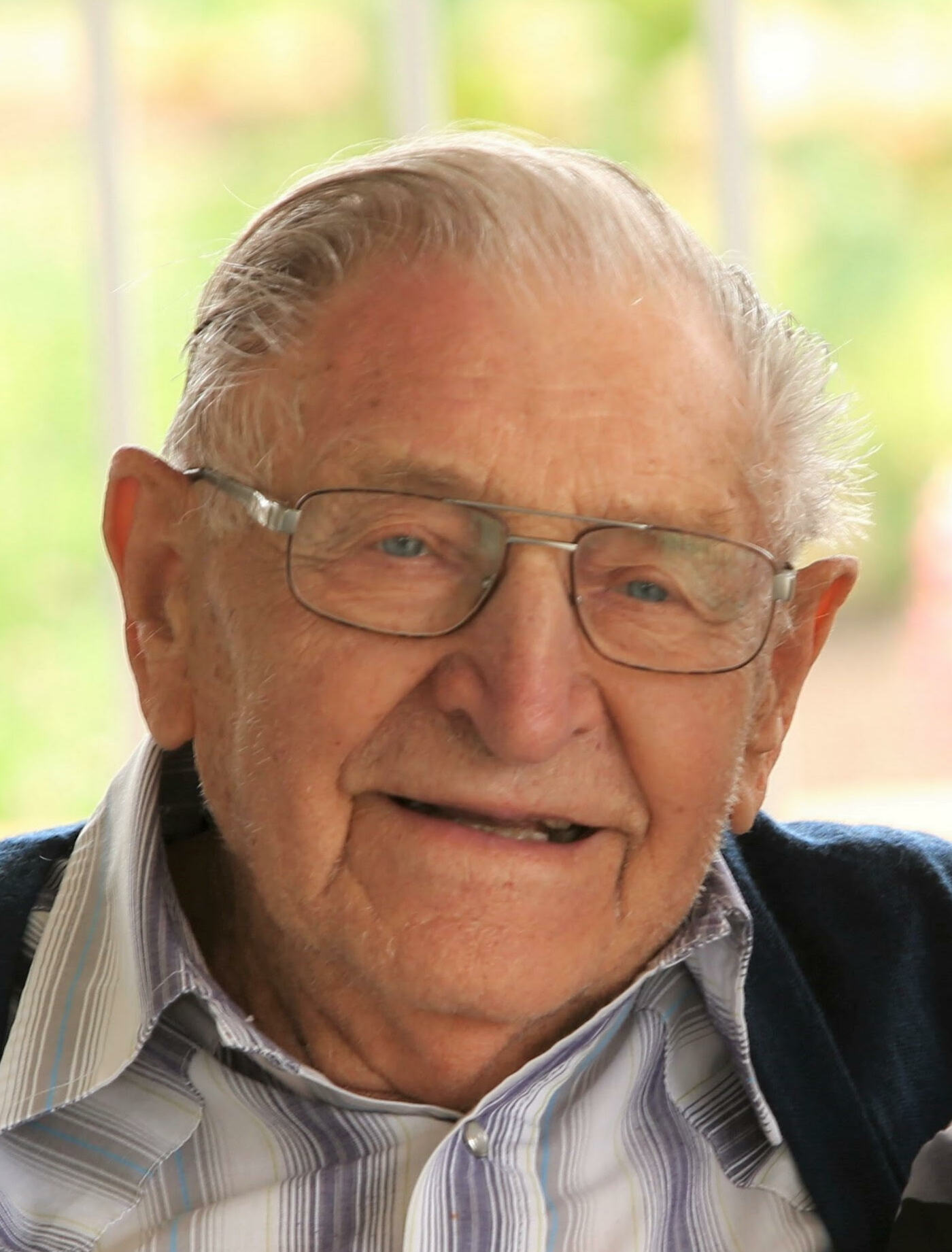 He was born in Manukbejewka, Bessarabia, Romania on January 8, 1926.  He came to Canada as an infant with his parents to Craigmyle, Alberta.  He received his schooling in the Craigmyle and Watts area until moving to the Endiang area in 1946 with his parents.  It was here he met the love of his life Helene Fercho and later married on July 2, 1954.  They were married for 67 years. Helene came to Canada in 1952 and was a family acquaintance from the same village where Herb was born.

Herb and Helene purchased their home place where he operated a mixed grain and livestock operation for 52 years. Herb enjoyed carpentry as a sideline business, built several houses as well as remodelling many homes in the community.  He was self taught in numerous trades as farmers back in the day needed to be.  He even drafted the architectural plans to scale for the house he built on the family farm.

Hobbies included travelling, camping with friends and neighbours, home movies and photography, fly tying and his latest past time was building with Meccano. He enjoyed sports, played broomball in the outdoor Endiang skating rink, badminton, floor curling in the hall and lots of fishing – ice fishing, fly fishing, mountain stream fishing, river fishing and ocean fishing. Herb was involved in community affairs and associations over the years.  He served as chairman on the local Unifarm organization, advisory board of the Alberta Wheat Pool, member of Stettler Ag Services Board, building convenor for the Sullivan Lake West Ag Society, leader of the Endiang 4-H Beef Club, the board of BB&E Mutual Telephone Company and a member of the Endiang Community Society. Herb enjoyed politics and was an elected County of Stettler Councillor for Division 1 from 1980-1983. Some of his most memorable and rewarding experiences was that of serving on the Boards of the Open Bible Fellowship Church in Endiang and then after its closure being on the Board of Elders of the Hanna Alliance Church, Hanna AB.

Also survived by his brother Art (Lucy) Gutsche; numerous brothers and sisters-in law; as well as nieces, and nephews.

Herb was predeceased by his father Rudolph, his mother Matilda, sister Lilli and brother William.

The family wishes to express their gratitude to all friends and relatives for your love and support.

If desired donations in Herb’s memory can be made to the Endiang Cemetery, Box 321 Endiang, Alberta, T0J 1G0, or to STARS Air Ambulance.

Share Your Memory of
Herbert (Herb)
Upload Your Memory View All Memories
Be the first to upload a memory!
Share A Memory