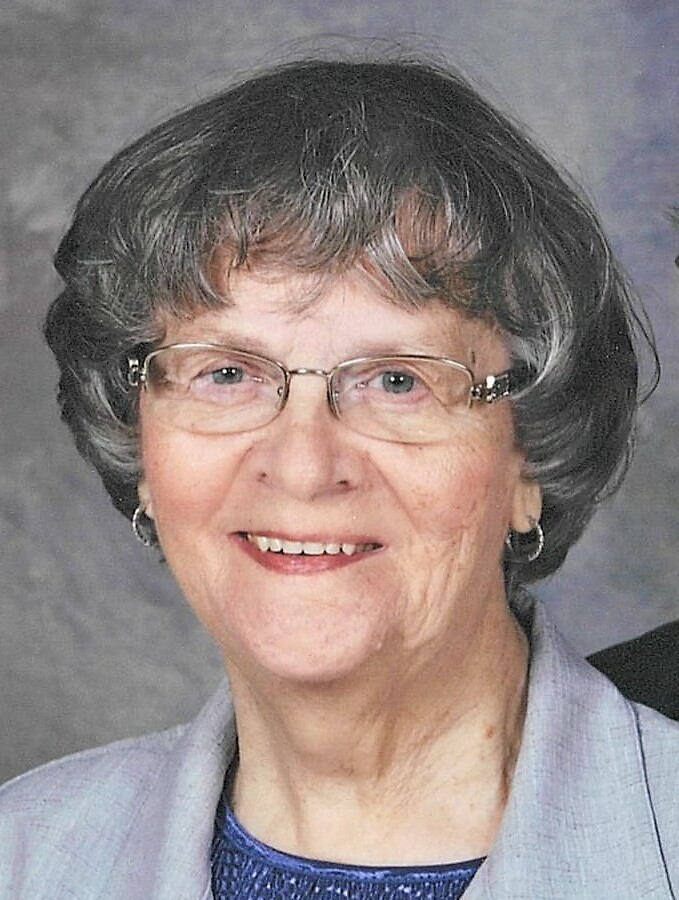 It is with great sadness that we announce the passing of Jean Rosabel Haydt, age 85, on August 30, 2021, at the Stettler Hospital.

Jean was born in 1936 to Andrew and Anastasia (Nettie) Oleksyn in Vancouver General Hospital, British Columbia.

Her family lived in Richmond (Lulu Island), BC. Growing up, Jean’s family also lived in Vernon, BC, and Brantford, ON, before settling in Birch River, MB, for many years.

As a young woman, Jean worked in Winnipeg for Great West Life Insurance. She moved back to Birch River to help her parents and worked at the Toronto Dominion Bank. This is where she met her husband, Dan Haydt. They were married August 29, 1964, at St. Columba’s R.C. in Swan River, MB.

Jean and Dan had four children: Theresa, Michele, David, and Susan. They lived in several communities, including Brandon, MB, Grenfell, SK, Rosetown, SK, and Bredenbury, SK. They finally settled in Hanna, AB, where they lived and worked for 38 years, and made their retirement home.

In Hanna, Jean worked at the Canada Grey Motor Inn for two years, and then for 12 years as the bookkeeper for the John Deere Dealership until she retired.

Shortly after her retirement, Jean became interested in revisiting her love for music and playing the mandolin, which she learned when she was a child. She and Dan played together for over 15 years. They played together at home for a few years, and then started to play background music at the Farmer’s Market.

As time went on, they played with the Hanna Old Time Band, performing at the Seniors’ Lodge, the Nursing Home, and the Manor. During the last four years, they became part of a small band called Country Friends, and they played for not only these venues, but also at numerous events and dances in Hanna and various communities.

Jean will be forever remembered for her love of her family and friends, her love of music, her kindness and generosity, and her sense of humour. She loved to laugh, tell good stories and jokes, and loved a good visit. She enjoyed the company of her friends in Hanna, and really enjoyed a good game of Quiddler.

Jean also loved dancing, baking, cooking (especially Ukrainian dishes for her family), crocheting and growing her flowers. Over the years, Jean and Dan also travelled a lot; she enjoyed camping with her family, going to visit relatives in BC, and driving through the mountains. She will be dearly missed by family and friends alike.

Jean is survived by her loving husband Daniel of 57 years, children: Michele (Barry) of Kemptville, ON, David of Calgary, AB, & Susan (Heather) of Halifax, NS. She is also survived by her sister Andrea Pearce of Vancouver, BC; her nieces Kaylin and Brianna; nieces and nephews Lorelie, Glenn, Lisa, Jeff, and Aron; and sister-in-law Lucille.

Jean was predeceased by her parents Andrew and Anastasia (Nettie) Oleksyn, and her eldest daughter Theresa.

If desired memorial donations can be sent to the Kidney Foundation of Canada, 880-5160 Decarie Blvd., Montreal, QC H3X 2H9.

Share Your Memory of
Jean
Upload Your Memory View All Memories
Be the first to upload a memory!
Share A Memory