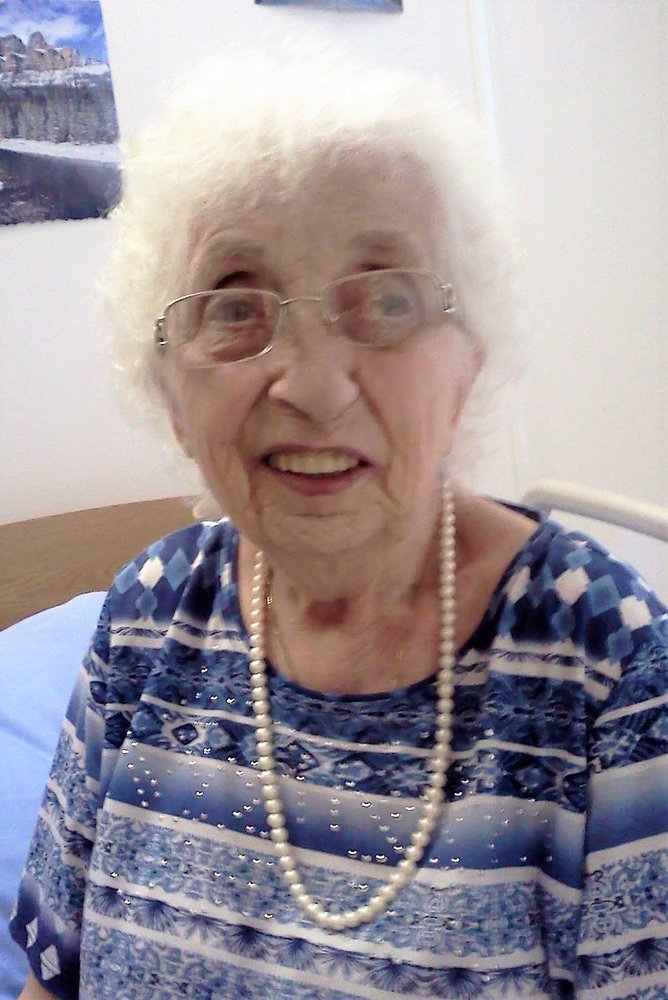 Alice Amelia Neufeld, beloved wife of Frank, passed away at the Hanna Health Centre on March 18, 2021, at the age of 89 years.

Alice was born and raised in Central Butte, Saskatchewan; one of twelve children (ten girls and two boys) to parents Louis and Anna Berg. Alice’s parents were of Russian German descent who came to the prairies to start a new life. Alice grew up enduring the hardships of farm life during the Dirty Thirties. Tragedy struck, and Alice ‘s father, Louis died suddenly in 1942. The farm was lost, and Alice’s family faced extreme financial hardship. Alice was able to finish high school in Central Butte, but her older sisters were forced to leave Saskatchewan in order to search for employment and better opportunity.

Alice also left her Saskatchewan home in 1950, and joined two of her sisters in Banff, AB. They all found employment as waitresses.

On October 22, 1955, Alice married Frank Neufeld in Banff, Alberta. Alice’s two sons, Leonard and Larry were both born in Banff. The family of four moved to Hanna, Alberta in 1962. Alice’s sons were raised in Hanna and the family established roots in this prairie farming community. During this time, Alice was a strong supporter of her boy’s pursuits in schooling, hockey, and swimming.

Alice enjoyed many interests and pursuits. Swimming was a passion of hers. She along with friends Marlene Gordon, and Doris Sinclair were part of the early morning day dipper program. This group of friends carried on their morning swim routine for over 25 summers.

Since February 2017, Alice has been a resident of the Hanna Health Centre Long Term Care Unit. All of the health professionals at the Centre have provided Alice with the exceptional care during her stay. Special thanks go to these health care providers from Alice’s family.

Alice will be deeply missed by her family and friends.

Alice is survived by her husband of 65 years, Frank; sons: Leonard (Debbie Simmons) of Edmonton and grandson Brandon; Larry (Sylvia Leung) of Victoria, BC.; sister Agnes Bullock of Brantford Ont.; many nieces and nephews, extended family, and friends.

Due to COVID restrictions a private ceremony will be held for family and close friends on Thursday March 25, 2021.

If desired donations in memory of Alice can be made directly to the First United Church, Box 940, Hanna, Alberta, T0J 1P0. Hanna Funeral Services Ltd., entrusted with the care and arrangements; 403-854-5956, www.hannafuneral.ca.

Share Your Memory of
Alice
Upload Your Memory View All Memories
Be the first to upload a memory!
Share A Memory