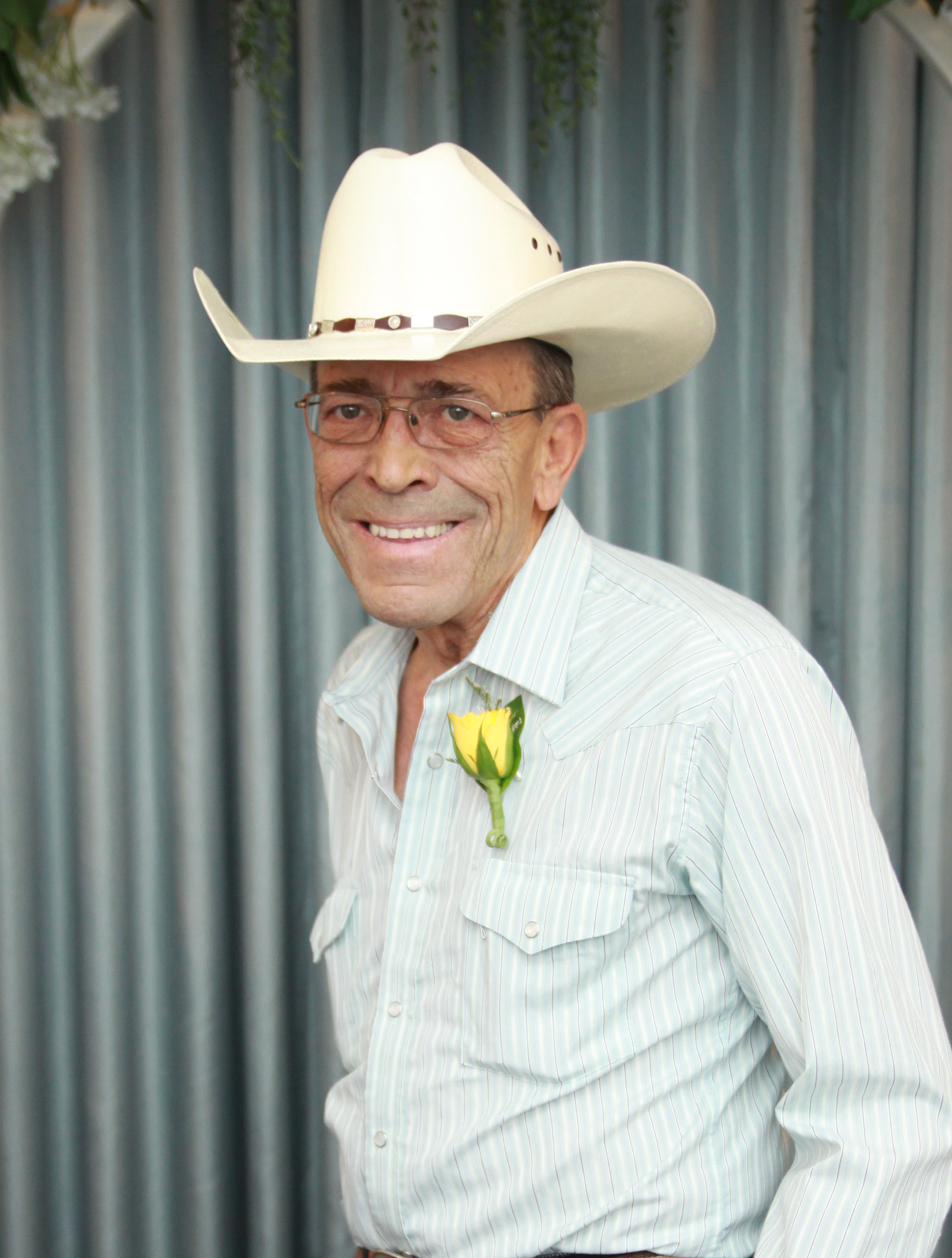 Masks, and Hand Sanitizer will be provided. Social Distancing is encouraged, 20 Family members are allowed only.

Harvey started his first job at the TD Bank in Empress.  He then went on to apprentice as an electrician but never finished that trade and decided to go onto welding instead.  After school he started a welding partnership in Tilley, Alberta.  He worked in the oilfield industry throughout his life, starting with Halliburton and then moving to Nowsco where he went overseas to many places including Russia, Madagascar, Pakistan and India for several years.  He worked for Nowsco for many years and managed the office in Slave Lake.  Harvey started his own hot shot company in Slave Lake, H.R. Fode Enterprises, where his daughter Alison worked alongside him.   In his later years he continued to use the company to work as a consultant in the oilfield that he ran with Andree.

Harvey married Joy Weir in 1969 and they had two daughters, Jocelyn and Alison, whom he adored and was always proud of.  Jocelyn married Brad in 1994 which added the son Harvey never had. They had three daughters Dakota, Ashley and Rachael.  Alison married Craig in 2013 and they had two sons, Drayder and Hudsyn.

In 2001 Harvey married Andree Lamoureux which also added another daughter, Danielle and son-in-law Barney, and son Graham to his family and five grandchildren Shardelle, Justine, Alexander, Abbigail and Paige.

You would always see Harvey in his cowboy boots and his cowboy hat.   He was in his element when he was cooking and he loved to try new recipes.   He enjoyed a cold Coors Lite and time well spent with close friends, playing cards or sitting around a good camp fire.  He loved going camping with his family and always enjoyed a good rodeo, especially when he was there with his girls.  He enjoyed fishing and boating, even though he didn’t swim a day in his life.  He loved taking his family on the boat and taking the grandkids tubing but never took it easy on them.  Harvey aspired to be a pilot and studied overseas but unfortunately was not able to get his license.  You would never catch Harvey driving anything but Ford and he loved living in the country where he could have his horses.  All of his animals played an important role in his life.  Harvey loved his family more than anything else.

Harvey passed away on January 22, 2021 in the Oyen hospital, surrounded by his girls.

A private celebration of life will be held at the Youngstown Cemetery on Tuesday Jan 26, 2021.

COVID restrictions will be followed.

In lieu of flowers donations in Harvey's memory can be made directly to Crohn’s and Colitis Canada 600-60 St. Clair Avenue East, Toronto, ON M4T 1N5.

Share Your Memory of
Harvey
Upload Your Memory View All Memories
Be the first to upload a memory!
Share A Memory